As many of you don't already know, I am expecting my first child in October. One thing you notice when you are pregnant is that you will have rare cravings. I have noticed if I do not satisfy my cravings, I will crave that particular craving for days!! Sometimes it can be very frustrating if you do not have that particular item or items on hand. The other night I was craving nacho's sooo bad!! So what else was I to do, but to make some nacho's with what we had on hand? After all, this was a late night snack! So now, I share with you, one of my many pregnancy cravings! 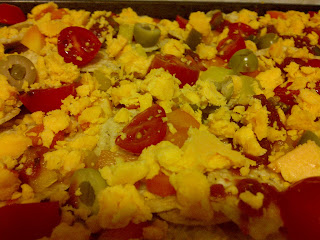 Nacho's before entering the oven! 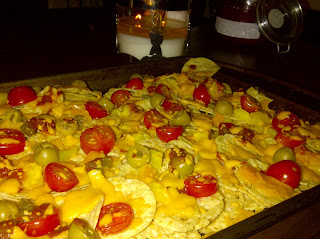 Nacho's after being baked.

What you will need:

Put all ingredients in order straight onto a shallow baking dish, starting with Nacho's first. Lay all ingredients while spreading them out evenly. Top with cheese until covered. Bake in oven at 300 degrees Celsius or 10-15 mins or until cheese is melted. Let cool, and enjoy! :)

*Dip nacho's into sour cream for some extra yummy goodness. 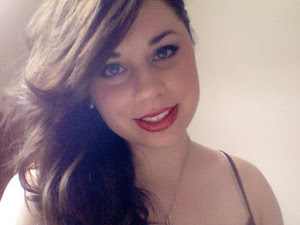